Bundled Up at Lyle 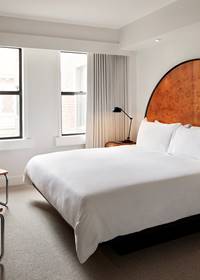 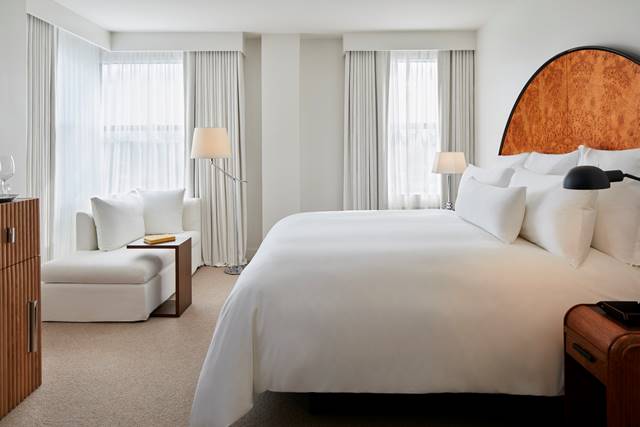 Join Lyle Loyalty, and access our book direct offer. Register today and you'll always receive our very best rate when booking direct plus a 15% discount, $10 discount on valet parking and welcome drinks at our bar.

Set yourself up for a day of exploring Dupont Circle or attending that all important meeting with breakfast at Lyle’s following your overnight stay in one of our guestrooms. You'll also enjoy complimentary access to our gym.

Bundled Up at Lyle

Lore Group, the international hospitality company behind Penn Quarter’s luxe new Riggs Hotel, is gearing up for its second US opening: Lyle Washington DC, a boutique hotel and restaurant, Lyle’s, that’s slated to open in Dupont Circle in April. The property takes over a 1940s Art Deco building on New Hampshire Avenue previously operated as the Kimpton Carlyle Hotel, which also housed American tavern The Riggsby (the latter restaurant is moving to Bethesda).

Chef Nick Sharpe is leading the kitchen at Lyle’s, a seasonal American restaurant and bar. Sharpe’s resume contains plenty of fine dining experience; he got his start in DC at Fabio Trabocchi’s pioneering restaurant, Maestro, and since worked with the Mina Group, including RN74 in Seattle and Wit & Wisdom and Pabu in the Four Seasons Baltimore. But he’s also helmed the kitchen at more casual spots like Ba Bay and Birch & Barley/Churchkey. At Lyle’s, Sharpe says he’s going for “familiar food, nothing too complicated,” and is angling for a strong neighborhood clientele as much as catering to hotel guests.

Diners may find seasonal pastas, local seafood, and comforting plates like Sharpe’s fried chicken—served simply with slaw and pickles, but created with a cheffy technique. (Sharpe dredges it in potato starch, like he learned at Pabu for Tokyo-style wings, so that it’s extra-crispy and also gluten-free.) For dessert: nostalgic treats like soft-serve or warm banana bread.

Keep up to date with our latest news, offers and events